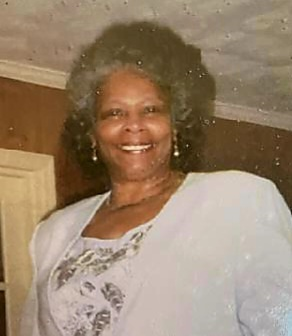 Please share a memory of Alberta to include in a keepsake book for family and friends.
View Tribute Book
First Lady Alberta King was born on May 3, 1948 in Warsaw, NY to the union of Pauline Mae Good and William Russell Jackson. She answered God's call on November 19, 2022. Alberta was the eighth of ten children. She spent most of her childhood in and around Livingston County where her father was a tenant farmer. After graduating from high school, she moved to Rochester where she met and married Sammy King on July 6, 1974 who was the love of her life. Through their married life of 48 years, they raised two sons together and saw their family grow with the arrival of grandchildren and great grandchildren. Throughout their union, they embarked on a spiritual journey which led them to be Founder and Pastor of Trinity MB Church whose doors opened on November 14, 2004. Alberta spent her working life at Strong Memorial Hospital where she retired after 43 years of dedicated service. She was a faithful servant to her job and received several awards. At retirement she was asked to write a letter and this is just a little quote from it; "I hope I have been faithful enough in my work here that you would give some other person of color the opportunity that you have given me." Alberta was preceded in death by her parents, Pauline and William Jackson, brothers, Donald (DJ) and William (Sonny) Jackson and his wife Aileen, sisters, Alice Frye and Shirley Sessions of Richmond, Va. She leaves to cherish her memory, her devoted husband of 48 years Rev. Sammy L. King Sr., sons Jeffrey (Michelle) Jackson, Lester King and Sammy King Jr. of Donalsonville, Ga., two brothers, Francis (Joanne), of Rochester Clifton (Deborah) Jackson of San Mateo, Ca., brothers-in-law Ricky (Tradene) King and Jerry (Patricia) King of Rochester, sisters Helen Davis of Rochester, Irene (Augustus) Allen of Stockton, Ca., Diana (Norman) Kenney of San Francisco, Ca., Sister-in-law Beulah Weaver of Donalsonville, Ga., four very special granddaughters, one grandson, two great grands and a host of church friends too numerous to mention.
To send flowers to the family or plant a tree in memory of Alberta King, please visit Tribute Store
Saturday
3
December

Look inside to read what others have shared
Family and friends are coming together online to create a special keepsake. Every memory left on the online obituary will be automatically included in this book.
View Tribute Book
Share Your Memory of
Alberta
Upload Your Memory View All Memories
Be the first to upload a memory!
Share A Memory
Send Flowers
Plant a Tree