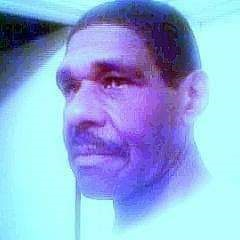 Nelson Lee Watson was born on May 18, 1953 to Lucille & Fred Watson in Andrews South Carolina in the Bloomingvale Community. His family relocated to Rochester New York in 1956. Nelson completed his primary and secondary education in the Rochester Public Schools. Nelson entered the United States Air-force in 1970. During that time, he married Patricia Ann Fuller and with this union a child was born, Carla Watson. In 1979 He married Kimberly Ann Marble and in that union Donald & Alan Watson were born. Nelson's entire career was in the healthcare profession, including positions at the following companies: National Ambulance, Genesee Hospital, Center for Disability Rights, & Interim. Nelson enjoyed cooking which was one of his ways of showing love to friends and family. He loved movies including thrillers and action movies. He really loved to play his lottery numbers, going on casino runs, and playing computer games. He was very knowledgeable of current events and political issues. He loved animals, especially cats. Nelson was a private person and kept personal problems or issues to a select few people. He was very out spoken, charming and persuasive. He was an impeccable dresser, very organized and had a special way of folding his clothes. He was always color coordinated whenever he got dressed. Nelson is predeceased by his Father Fred Watson and is survived by his children Carla Watson-Gray, Donald Watson, Allan Watson, Mother Lucille Watson, 3 Brothers, Chester Watson (Francine) Fred Watson & Shawn Watson (Monica) 2 Sisters Runette Watson & Loretta Robinson, 18 Grandchildren, with special recognition to Trinity Wilbern-Watson whom he helped raise from birth, & 2 Great Grandchildren, along with a host of nephews nieces, cousins, and other relatives and friends with special recognition going to George Williams who was like a brother and Christine Fairey who was his buddy at work and traveling partner when he visited the casino.
To plant a tree in memory of Nelson Watson, please visit Tribute Store
Friday
8
November