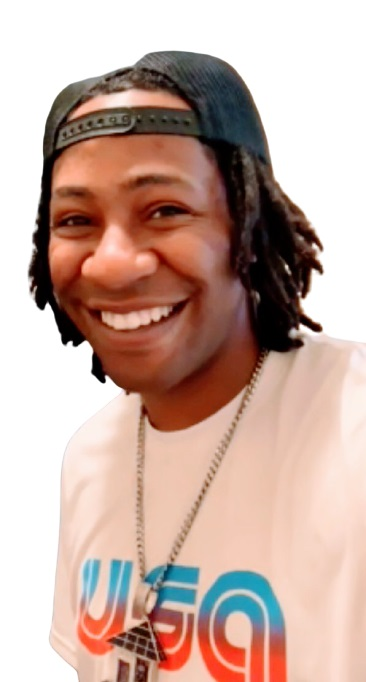 Please share a memory of Devin to include in a keepsake book for family and friends.
View Tribute Book
Devin Tyler-Kyle Williams, 30, passed away unexpectedly on Thursday, August 19, 2021. Devin was born on May 7, 1991 to Allen Williams Jr. and Sylvia A. Jones-Ryndock in Sodus, NY. In 2009 Devin graduated from Wayne Central School in Ontario, NY. He also briefly attended Monroe Community College in Henrietta, NY. Although Devin worked at several different restaurants throughout his life, his best and favorite is where he also lived, and that was at Hedges Ninemile Point in Webster, NY for an "amazing and caring" boss. At the age of 12, his parents purchased him his first guitar and shortly afterwards a set of drums. This began his life and passion for music. Devin's life was lived for his music and through his music. Devin's music was everything to him. Devin shared his musical talents with many which included starting his high school band, "Voices of Decent". The band included some of his closest friends and classmates that he still has today. Devin will be remembered for also creating "beats" and "tracks" for others. For a number of years, Devin was also a very avid and serious skateboarder. It was one of his favorite pastimes. Devin was very considerate of others and respectful to his elders. He touched many many lives and was known by some of his closest friends' parents as one of their own. Devin had a great Big smile that would light up a room. Eight months ago, Devin became a father to Antoni and was truly loving and cherishing the moments he was able to share with his son. He was active in the care and support of Antoni and was looking forward to his Daddy time and all the blessings of being a father. Devin is predeceased by his beloved sister, LaShonda RaShay Williams, Grandparents, Gracie Mae Williams, Vera and Harold Jones, Sr., Uncles: Harold Jones, Jr., Melvin Loyd, Aunts: Idella Loyd, Jacquelyn Jones-Wright and Darlene Jones, Cousins: Keita Williams and Daniel Baldwin. He leaves to cherish his memories: Parents, Allen Williams, Jr. with his wife and Devin's Bonus Mom, Ella Mae, Sylvia A. Jones-Ryndock with her husband and Devin's Bonus Dad Mark, his Sweet Happy Precious Baby Son Antoni Thomas Williams, Siblings: Sister: LaToya Antanisha Jones, Brother: Caesarea (Chaz) Javon-Allen Williams and Brandon Bender. Nephew: Chazmere Dupree Williams. Uncles: Kelvin Jones, Kenny Jones, Calvin (Catherine) Ott, Cleveland Williams all of Rochester, NY; Aunts: Helen Jackson-Gonzalez of Boston, MA, Harriet Gilley, Andrea Jones, Sabrena Williams, Wanda Holmes, Emma Bell, Winnie Williams, Carolyn Stewart and Sharon Overstreet, Honorary Aunt: Lula Strachan all of Rochester, NY. A great host of many caring cousins, other family members and friends.
To send flowers to the family or plant a tree in memory of Devin Williams, please visit Tribute Store
Monday
30
August

Look inside to read what others have shared
Family and friends are coming together online to create a special keepsake. Every memory left on the online obituary will be automatically included in this book.
View Tribute Book
Share Your Memory of
Devin
Upload Your Memory View All Memories
Be the first to upload a memory!
Share A Memory
Send Flowers
Plant a Tree