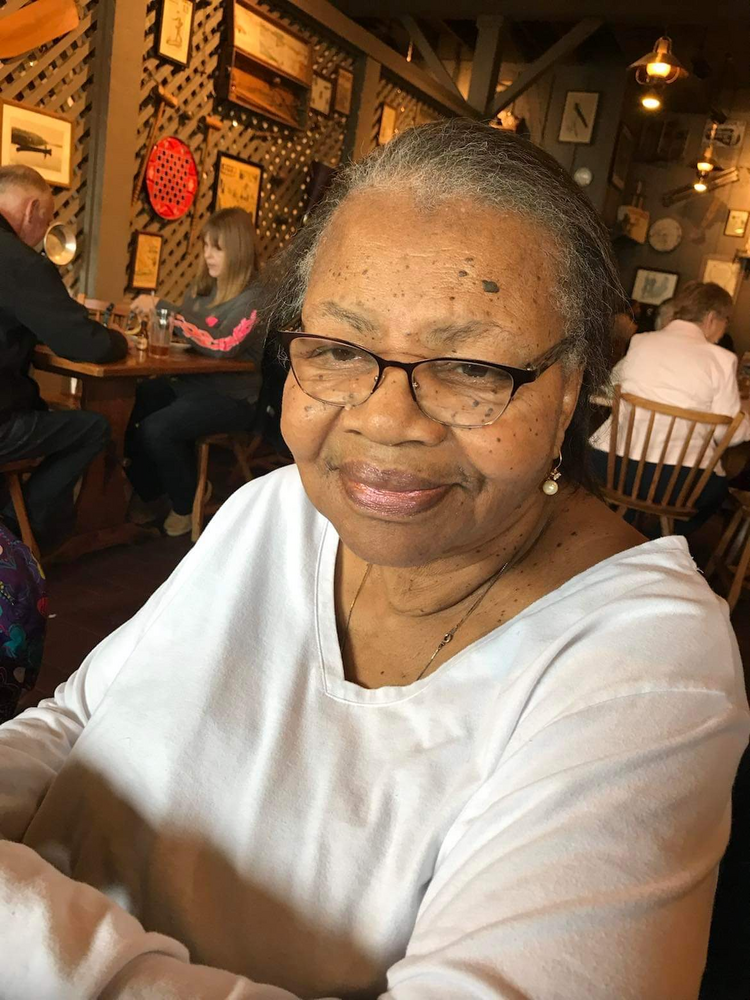 Floree (Holmes) Cathcart was born January 29, 1942 in Winnsboro, SC to the late Ernest Holmes Sr. and Mary Jane (Taylor) Holmes. She was the third oldest of eight children and was known by her family and friends as Punk and Mother Flo & Granny by her GFHC church family. Floree was educated in South Carolina before relocating to Rochester, NY with her family. Once in Rochester, NY; she joined Mt. Vernon Missionary Baptist Church under the leadership of Rev. J.D. Jackson Sr. There, she was a faithful member of the Senior Choir. Professionally, she worked for the Visiting Nurse Service for 10 years and then as a private duty nurse. After that, she made the decision to stay home and raise her grandchildren. In 2007, she became a member of The Greater Faith Hope Center led by Pastor Cynthia R. Anderson. There, she was the mother of the youth department, accompanying them in their community service, loved and encouraged everyone, and traveled with and cared for her pastor. Floree enjoyed frying fish, making rice and chicken, and baking potato bread. She also enjoyed watching Walker, Texas Ranger, Price is Right and westerns with her great-grandchildren. Floree went to be with the Lord on Monday August 1, 2022. She was preceded in death by her parents, Ernest Sr. and Mary Jane (Taylor) Holmes; her husband Robert Cathcart, her son Michael Holmes, her great-granddaughter Arianna Burroughs, two brothers Joseph John and Jimmie Lee Holmes, three sisters Rosetta Gaston, Earnestine Watson, and Hattie Mae Holmes as well as two sister-in-laws Barbara Holmes and Jannie Holmes. She leaves to cherish her memories; one son, Robert Holmes; one daughter, Tammy Cathcart(Michael),four step-daughters; Katrina, Sharon(Elliot), Penny, Angie and five grandchildren, Pacholsha Holmes, Ashlie (Luis) Burroughs-Ruiz, Henry BurtonIV(Alexa),Essionee Fletcher, and Tatyianne Fletcher; 12 great grandchildren, Kimora Jones, Kaniah Jones, Patrick Jones, Kadence Campbell, Yanique Ruiz, Luis Ruiz, Angelicca Ruiz, Na'Journiee Thomas, Audriee Thomas, My'elliee Thomas, and Jeremiah Fletcher, one brother, Ernest Holmes Jr; one sister, Betty Ann Holmes; a special niece Joan Johnson, a devoted cousin Sally Wilson, a special friend George Burroughs, a host of nieces, nephews, other relatives, church family, and friends.
Share A Memory