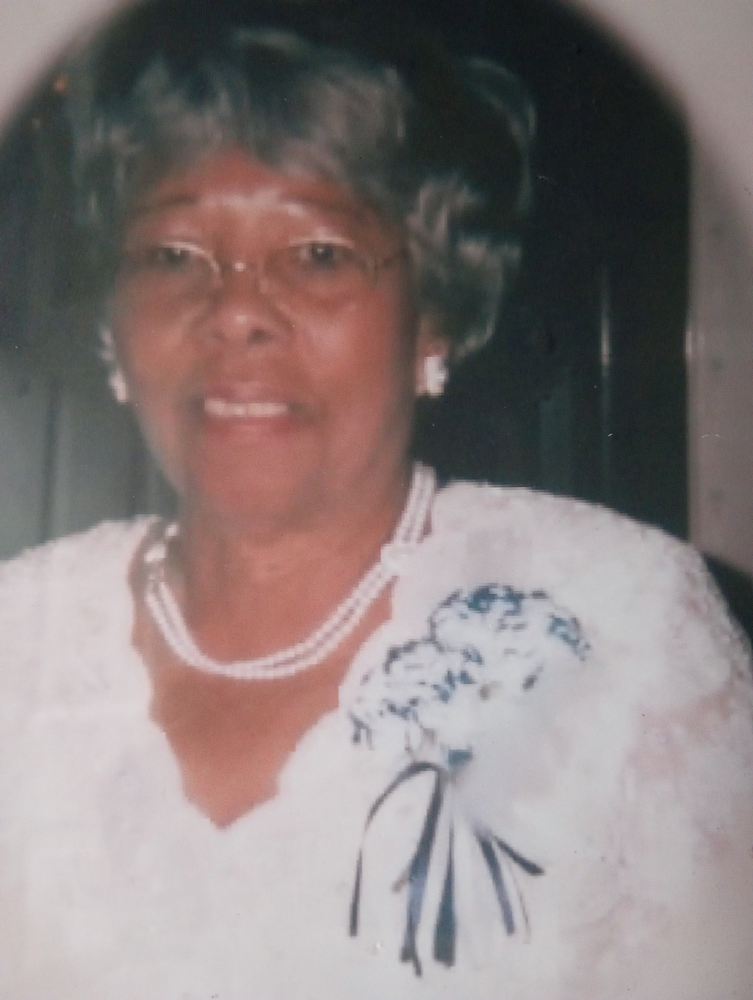 Please share a memory of Louise to include in a keepsake book for family and friends.
View Tribute Book
Mother Louise Wheeler started her journey on July 23, 1930, to the late Rosetta and Anderson Terrell. Mother Wheeler was the fourth child of five children. Proceeded in life by her daughter Diane Grant and son Jesse Puritt, her four siblings and her one niece and two nephews that she raised. Mother Wheeler enjoyed life and did many things such as traveling and playing softball. Mother Wheeler accepted Christ at a young age. Graduated from Douglas High School in Memphis Tennessee and earned a degree in Human Services and Liberal Arts for Public Speaking. Mother Wheeler was employed by Action For a Better Community for over 27 years. Mother Wheeler was a great organizer, if you gave her a task to do you can rest assure that it would be done with perfection. Mother Wheeler leaves to celebrate her memory: Shirley Puritt (Daughter), Greg Puritt (Son). Grandchildren: Sonya Grant, George Edwards, Ebony (Matt) Jackson, Olivia Edwards, Brandon Edwards, Nikeia Puritt, Greg Puritt Jr., Dallas Puritt, Iliyah Puritt, Jaliyah Puritt, Ajuna Puritt, Trey Puritt, Brandon Puritt, Jabril Puritt, Jakiyas Puritt, Maurice Cooper. Great Grandchildren: Terri Barber, Zacreona Brown, Zasphere Brown, Nyaliece Jackson, Ranyah Smith, Greg Puritt III, Chyann Puritt, Chaniya Puritt, Dallceon Puritt. Great-Great Grandchildren: Savannah Smith, Wynter Hamilton, Aazahni Young-Brown. Special Friends: Curlene Nelson and Betty Lazier. Daughter in love: Mary Singleton, Adrian Anderson, Marcia Strong, Betty Schmitt, Beverly Childers, and Cozette Cooper. Missionary Wheeler was a truly saved women who had many involvements. She served on the board of Model City Neighborhood as a member and chairperson appointed by Mayor Steven May, President of Hollandtown House Tenant Association, a member of Jordan Health Center, Board member of Green Acers Food Pantry, Volunteer at Unified Missions; which was one of her deepest passions. Founding member of Ebenezer Baptist Church. Member of Ebenezer Trustee board and Pastors Aid and member of the Missionary Board. Mother Wheeler wore a number of hats in the community and wore them well. She was a true trooper, always ready to extend a helping hand, advocating for whomever needed help. Mother Wheeler was a person that was straight up, no chaser. She will be truly missed.
To send flowers to the family or plant a tree in memory of Louise Wheeler, please visit Tribute Store
Saturday
10
September

Look inside to read what others have shared
Family and friends are coming together online to create a special keepsake. Every memory left on the online obituary will be automatically included in this book.
View Tribute Book
Share Your Memory of
Louise
Upload Your Memory View All Memories
Be the first to upload a memory!
Share A Memory
Send Flowers
Plant a Tree